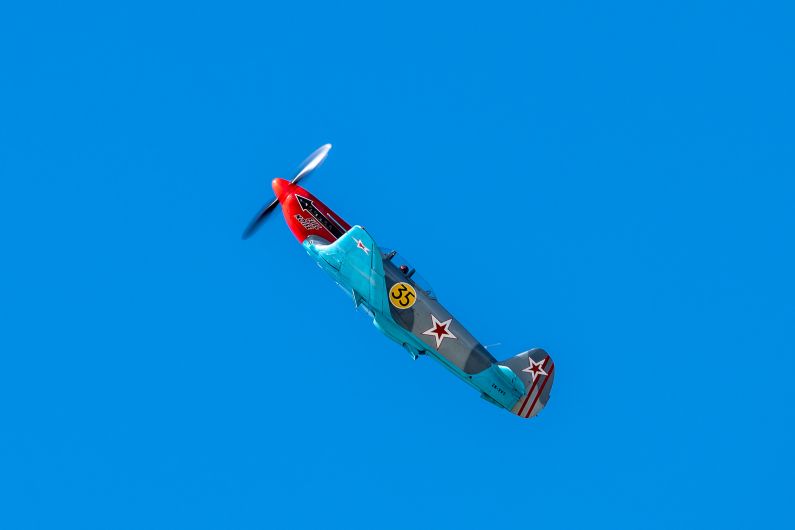 Two warbird aircraft owners are determined to do their bit to ensure the southern hemisphere's largest warbird Airshow returns to Wanaka in two years’ time.

Nelson-based Bill Reid and Graeme Frew from Blenheim are bringing their aircraft to Wanaka in August giving people in the south an opportunity to take a ride in what are two very different but classic World War II aircraft.

Bill will be bringing his Avro Anson Mk.1 reconnaissance bomber. This aircraft debuted at Warbirds Over Wanaka International Airshow in 2014 after a 10-year restoration effort and is the only one of its type flying in the world.

Graeme’s Yak-3 Russian fighter was a very successful WWII fighter up against the likes of the German Messerschmitt 109. In recent years ‘Full Noise’ with Graeme at the helm, has competed with distinction at the famous Reno Air Races in the USA.

Warbirds Over Wanaka General Manager, Ed Taylor, says it’s going to be great to have at least a couple of Warbirds buzzing around Wanaka Airport for a few days after the disappointment of having to cancel this year’s big Airshow.

“It’s been well documented that we took a significant financial hit from having to cancel because of Covid-19 so it was great to get a call from Graeme with an idea to bring the aircraft to Wanaka and to offer rides to southern aviation fans with Warbirds getting a donation at the end of the weekend. Wanaka Airport is also helping out with support during the visit,” says Ed.

“We just love having the old aircraft in town and we know there will be lots of people from around the region who’ll come just to see these aircraft in action. Graeme and Bill are both absolutely passionate about their aircraft and so when people book a ride what they get is a full aviation experience learning all about the aircraft’s history and a whole lot more,” says Ed.

Weather permitting the aircraft will be at Wanaka Airport from Friday August 21st to Monday August 24th. For more information about the joy rides on offer people can get in contact with Warbirds Over Wanaka in the first instance info@warbirdsoverwanaka.co.nz