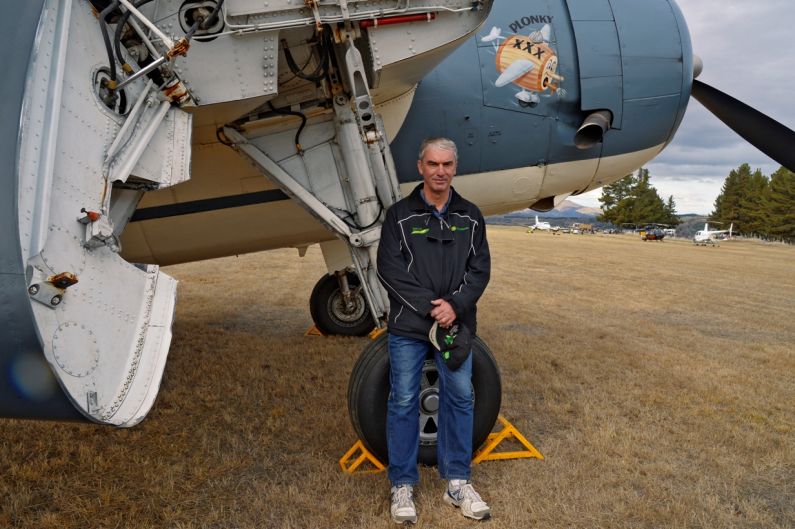 At Warbirds Over Wanaka we salute the select band of New Zealanders who, often at considerable personal financial cost and sacrifice, own and keep operating the magnificent historic aircraft we are able to display at our Airshow. Here, in the first of a series, we talk with Brendon Deere, from Marton.

For most Warbird aircraft owners it seems you can never have enough aircraft. Just ask Brendon Deere who recently added a P51D Mustang to his collection which already includes a Spitfire, Grumman Avenger and T-6 Harvard.

Brendon’s love of Warbirds started when at the age of six he met his uncle, Air Commodore Alan Deere, for the first time. Alan Deere was a highly distinquished New Zealand fighter ace who served with the RAF for 40 years. “After the visit he returned to the UK and sent me out some photos of RAF aircraft and I’ve been hooked ever since,” says Brendon.

While many Warbird aircraft owners will start with more modest aircraft Brendon’s collection started at the top when he purchased a Supermarine Spitfire IX in 2001. The Spitfire underwent many years of restoration, including being painted in the colours of his late uncle, before its Warbirds Over Wanaka debut in 2010.

After the Spitfire came Harvard 37 in 2005 and the TBM-3 Avenger in 2012. The fourth aircraft in the collection, the P51D Mustang NZ2423, was added this year. This aircraft had been part of the late John Smith’s collection at Mapua near Nelson and will be restored to flying condition over the next few years.

The aircraft are kept in a couple of hangars owned by the Biggin Hill Trust and situated on RNZAF Base Ohakea near Palmerston North. The first hangar built was called Biggin Hill in honour of his uncle who led the RAF’s Biggin Hill wing in mid-1943. The second is called Palikulo after the main RNZAF servicing base on Espiritu Santo during WWII.

“A lot of the credit for that goes back to Squadron Leader Pete Cochran who initially suggested we test fly the Spitfire at Ohakea. Afterwards no one seemed keen for the aircraft to leave the base so it was suggested we try and get permission to build a hangar to house it and eventually we got approval from the Chief of Defence to be based there. We continue to work closely with the RNZAF and hope it is a mutually beneficial arrangement for the long term future for these historically significant aircraft,” says Brendon.

The RNZAF also keep a number of their older aircraft types in the Biggin Hill hangars including a De Havilland Devon and Aermacchi MB339 along with an Iroquois and a Sioux helicopter.

When it comes to flying his aircraft Brendon is not your typical Warbird owner. He finished his Harvard flying career recently with around 175 hours in his logbook, flew the Avenger solo only once and has never flown the Spitfire.

“I prefer to leave the flying now to the highly capable pilots at Ohakea. When it came to the Spitfire I made a conscious decision not to try and fly it as I felt it was too precious to risk.