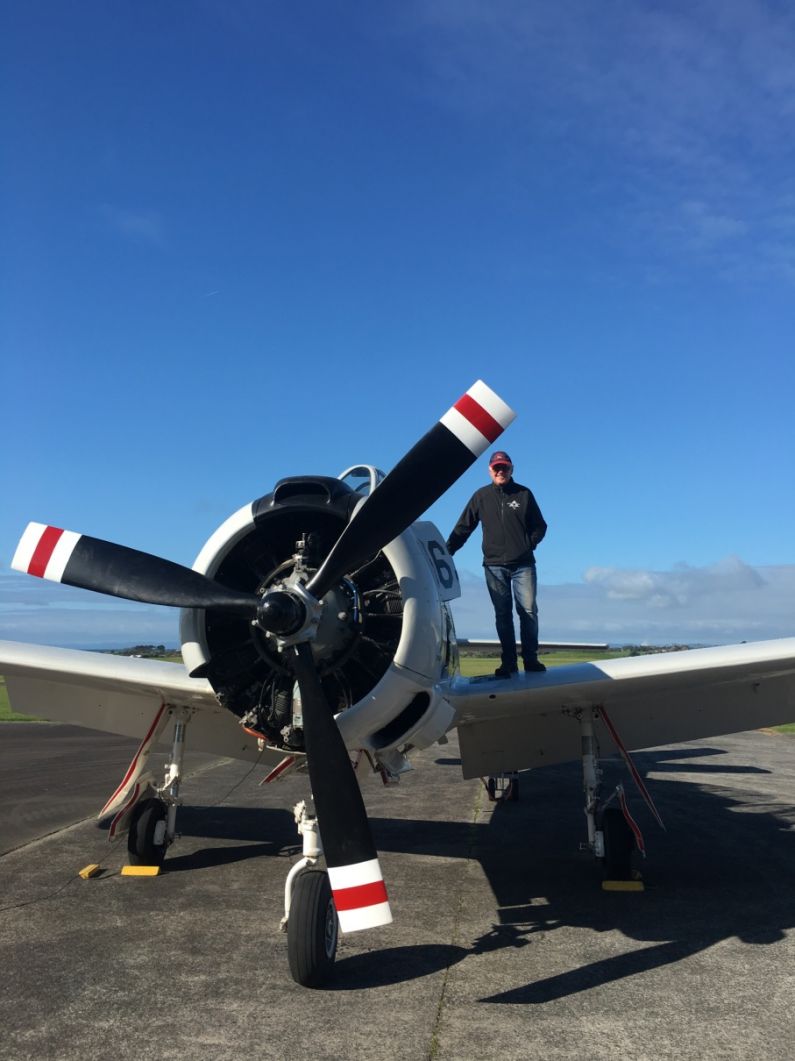 Peter Vause is something of an ‘impulse’ buyer when it comes to Warbird aircraft.

His introduction to the world of Warbirds came in 2001, shortly after 9/11, when he was in Chicago on business and took a joy ride in an Aero L-39 jet. He remembers asking the pilot “what’s it roll like?” The pilot replied “pull the nose up five degrees and find out”. He did and was instantly hooked.

Back in New Zealand fellow New Plymouth-based aviator and Vampire jet owner, Brett Emeny, took Peter under his wing. Flights in the Vampire and a rating in the PBY Catalina followed. He then headed back to the US for further jet training while he waited for his own L-39 to be refurbished and ultimately delivered to New Zealand.

Meanwhile, in early 2004 Brett introduced Peter to his Yak-52. “My scoffing at this funny, oily, vibrating little plane was countered by Brett who informed me that I would come to love it. Four hours later I bought one and I’ve never regretted it.”

Fast forward a few more years and Brett took Peter up for a ride in his T-28 Trojan with the same result. “It’s such a great aircraft to fly and you get a lot of aircraft for your dollar. They are big and noisy. When you’re in the cockpit you’re sitting eight feet off the deck. After that first flight I knew I had to have one and started looking around,” says Peter. A short time later Peter heard that Australian Warbird enthusiasts Mike and Andrew Kennedy from Gunnedah in rural New South Wales, were looking to part with their T-28.

“I went over to check it out and was impressed with what I saw, especially the interior which was in fantastic condition. The real clincher for me was when I met engineer and display pilot Cameron Rolph-Smith who has maintained the aircraft for a number of years. I asked him how I could best get it to New Zealand and he immediately offered to fly it over himself. That did it for me. If the engineer has that much faith in an aircraft then it must be a good one,” says Peter.

Cameron flew the aircraft to Auckland via Lord Howe Island, Norfolk Island and Kerikeri. The only drama came at Norfolk when his co-pilot/navigator for the trip realised he had forgotten his passport and had to return to Australia while Cameron flew on to NZ alone.

Peter had planned to have all three of his aircraft at this year’s Warbirds Over Wanaka International Airshow, which of course had to be cancelled because of COVID.

Finally a bit about Peter’s work life. An engineer by trade, he founded his own successful oil and gas exploration service company. Last year Peter retired from an international oil industry directorship to concentrate on his farming interests and of course to spend more time flying.