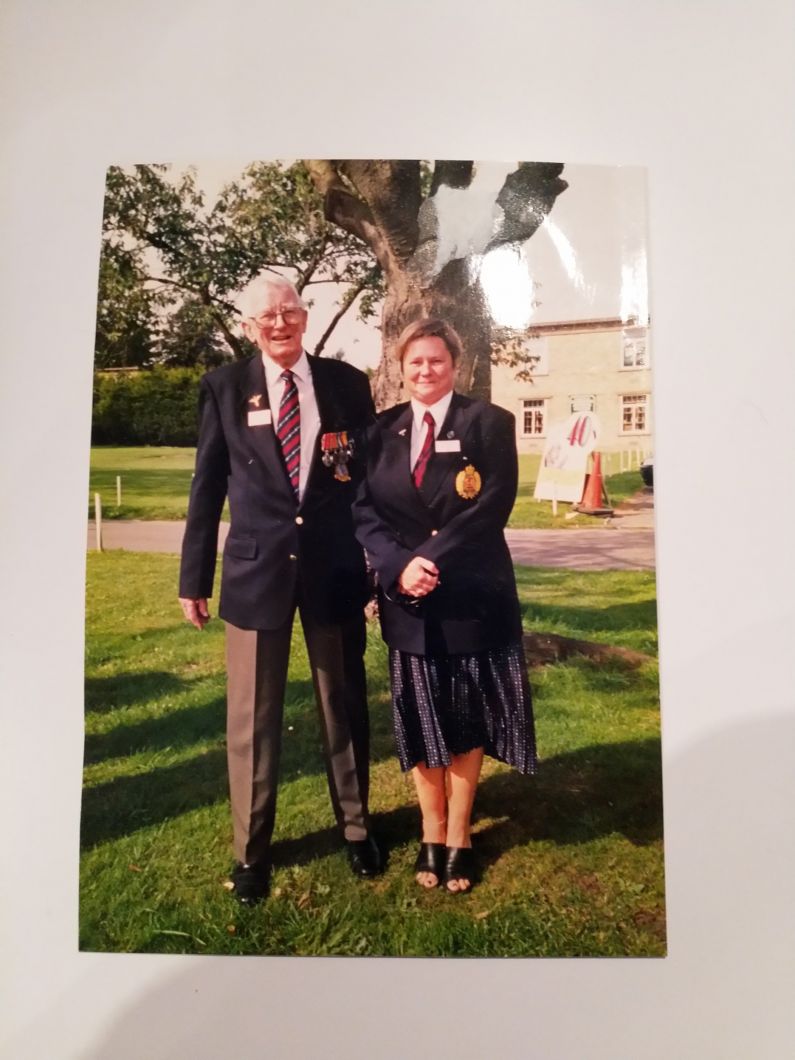 Dunedin woman Marryllyn Donaldson is preparing herself for a wave of emotions when she travels to Wanaka later this month for a flight in the only Avro Anson Mk 1 aircraft still flying in the world.

“Pops had joined the RAF in 1936 at the age of 15. He later crewed on Hampdens before being posted to Canada during the war where he flew the Anson. He had a few adventures, including several crashes, but managed to survive the war and continue a peacetime RAF career,” says Marryllyn. Bill Bennett passed away in the UK in 2007.

Despite “letting the side down” by joining the British Army, Marryllyn attended many UK airshows with her dad before emigrating to New Zealand in 2009. She is now a regular at the Warbirds Over Wanaka Airshow and has jumped at the chance to fly in the Anson at Wanaka Airport this month.

“I will be bringing plenty of tissues because I just know that when I get into the aircraft all those memories of my Pops are going to come flooding back.”

Marryllyn is one of a number of people who have already booked flights on either Bill Reid’s beautifully restored Anson or Graeme Frew’s Yak-3 WWII fighter ‘Full Noise’. The two Blenheim-based aircraft will be at Wanaka between August 21st and 24th.

Others who have already confirmed their trip of a lifetime include aviation enthusiast Bill Sutherland from Waikaka near Gore. Bill’s family booked the flight to celebrate his 80th birthday. Bill still holds his private pilot’s licence and is just waiting for CAA approval for his latest project, repowering a Fletcher top dressing aircraft with a V-12 diesel engine. Meanwhile, local Wanaka pilot Russell Gutschlag has always wanted to feel the thrill of flying in a WWII fighter so is shouting himself a ride in the Yak-3.

A portion of the cost of each ride will be donated to the Warbirds Over Wanaka Community Trust as it recovers from having to cancel this year’s Airshow because of COVID and looks forward to the next Airshow at Easter 2022. People interested in booking a ride should contact info@warbirdsoverwanaka.co.nz for more details.

Photo: Marryllyn and her late father at a reunion at RAF Hemswell where he started his RAF career.