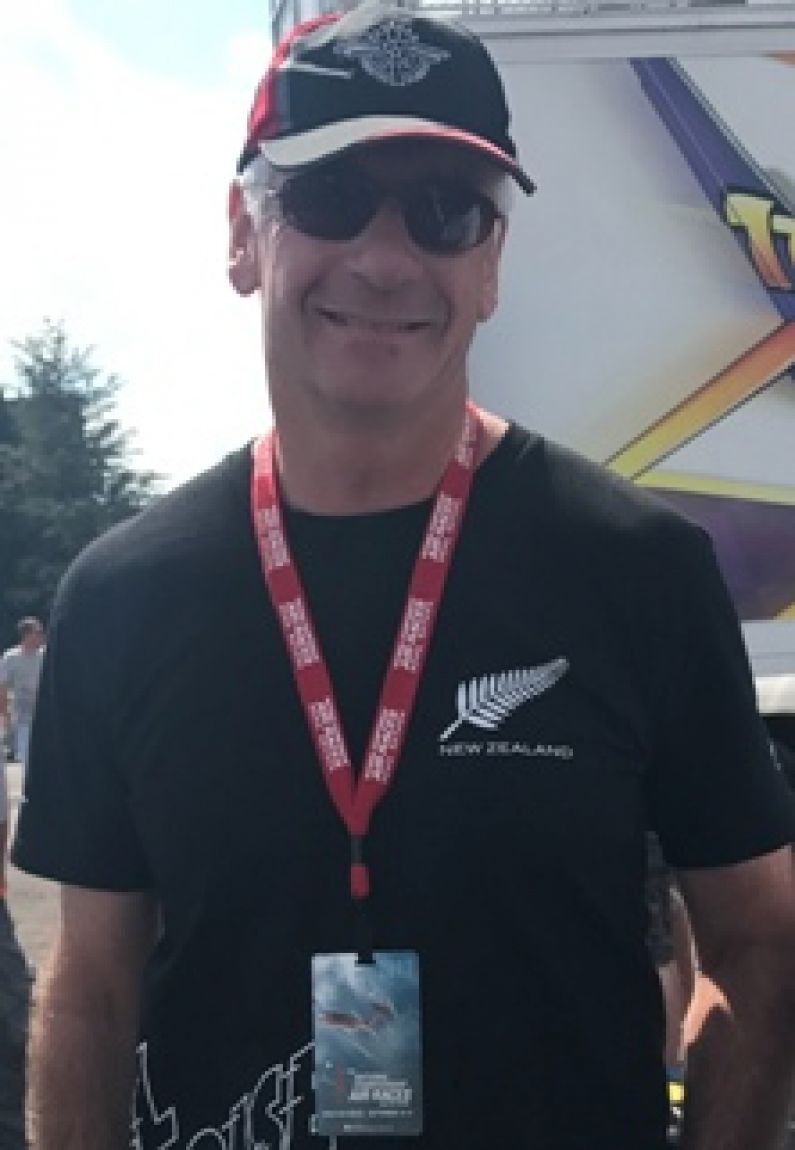 They say patience is a virtue.  It’s also a pre-requisite of being a Warbird owner.  Blenheim-based Graeme Frew bought his Yak-3 WWII fighter as a project out of Sonoma, California in 2004 and figured he could work things out as he went along.

“Eight years later and after many thousands of man hours and even more dollars we had a flyer.  Of course, during the build we had a second seat installed so we could share the experience and thrill of flying in a WWII V-12 fighter,” says Graeme.

So, what led to Graeme owning his own WWII fighter?   “As a kid I read the Commando comics and I built the models and hung them from my bedroom ceiling.  I’ve always had a fascination with WWII aircraft and fighters in particular and the stories of the men and in Russia women, who flew them.  I can vividly remember the colourised photo on Nana’s wall of her brother Gordon in his RAF uniform.  He was an Air Gunner and sadly was killed during a training accident in 1942.”

“About 20 years ago I went looking for Great Uncle Gordon’s gravesite in Latham St Annes, near Blackpool.  The cemetery administrator kindly found him for me and then remembered someone from New Zealand had sent him a bunch of research on the Kiwis buried there.  I viewed the file and found a photocopy of the very picture my Nana had on her wall.  It made the hairs on the back of my neck stand up.  I like to think he’d approve of his Grand Nephew’s efforts to remember his generation and what they sacrificed for freedom,” says Graeme.

Graeme joined the Royal New Zealand Air Force as a trainee engineer at the tender age of 16 and took flying lessons on Wednesday sports afternoons at Woodbourne.  He was eventually allowed to re-muster and completed his Wings course in 1987 and then flew the Andover and C-130 Hercules.

Until recently his day job was flying as a Boeing 787 Captain for Air New Zealand.  Due to the reduction in international flying since Covid he has now been moved back to the A-320 fleet.

The Yak-3 restoration was finally completed in 2012 and just 10 days after it was test flown Graeme headed south to display his new fighter for the first time at the famous Warbirds Over Wanaka International Airshow.  He has displayed the Yak at every Wanaka Airshow since.

A few years ago, Graeme got a hankering for taking his aircraft to the Reno Air Race Championships in Nevada.  The aircraft had a link with Reno having been crashed there on take-off in 1999.

“I harboured a desire to take the Yak back to complete the circle from wreck to racer and showcase what Kiwis can do.  Of course, I needed a cool race name so ‘Full Noise’ was born.  I also needed the buy-in of a great team including Jay McIntyre of JEM Aviation as certifying engineer.  Those people were instrumental in getting us from an enforced overnight rainy engine change on Tuesday to a Gold final on the Sunday.  We were the first ever Kiwi team to race at Reno and the first Rookie team to make a Gold final.”

“Flying at 50 feet over the Nevada desert at 350+ mph can be pretty intoxicating, so we returned in 2018 with the same great team of Jay, Ryan Southam, Al Marshall, Brad Engbrecht and my partner Paula.  We qualified straight into Gold and raced another final to finish 7th at 352mph.”

Graeme is planning to be at Wanaka at Easter 2022.   “Flying around the beautiful Wanaka area evokes so many emotions.  Satisfaction about getting the job done, excitement about being in one of the best of the high performance V-12 fighters, an appreciation of those who went before us and the stunning Wanaka landscape.    There’s nothing quite like it,” says Graeme.

If you would like to share this unique experience you can, by booking a ride in ‘Full Noise’ at the Wanaka Airshow or through www.fighterflights.co.nz