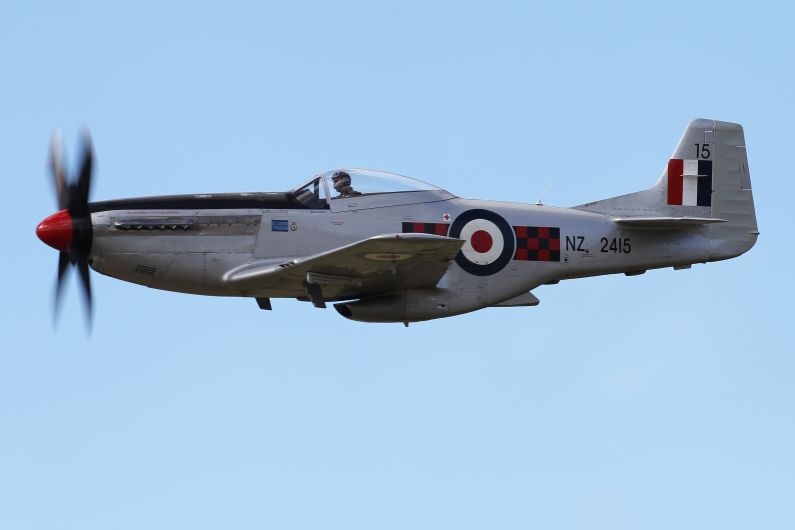 Parting with an aircraft which has been a significant part of your life for more than 30 years is not going to be easy for Christchurch man, Graham Bethell.
But that is what Graham faces as he has his much-loved P-51 Mustang on the market and is aiming to make Warbirds Over Wanaka next Easter his final major airshow low level aerobatics display.

“The way I see it, I have had the honour of owning this magnificent machine for three decades plus and now it’s time for someone else to own her and hopefully keep her flying well into the future.”

Graham bought the P-51 back in 1990 and performed his first Wanaka display in 1994.  He has performed in the aircraft at every Wanaka Airshow since.  “I am intending Wanaka 2022 to be my final low level aerobatic display but I’m keen to keep flying and possibly being part of less demanding airshow displays, for a few more years yet.

Graham’s P-51 spends most of its time in the New Zealand Warbirds Association hangar at Ardmore Airport, while at home on his farm near Christchurch Graham keeps a Glasair 3 aircraft for personal use.

Aviation has played an integral part in Graham’s life.  “Growing up on a Waikato farm the topdressing pilots were my heroes along with my Dad who had been a WWII fighter pilot,” says Graham.

A 6-year stint in the RNZAF saw Graham fly the Vampire and A4 Skyhawks before he left for a commercial career, first with Air New Zealand followed by a 20-year run with Cathay Pacific.  Over the years Graham has notched up an enviable list of Warbird types flown, including the Harvard, Vampire, A4 Skyhawk, Catalina, Hawker Hunter, MIG 15, P-40 Kittyhawk and of course his P-51 Mustang.

Graham sees finishing his low-level aerobatic career at Wanaka as important.  “Wanaka has played a significant part in my Warbirds journey.  The scenery and terrain at Wanaka allows pilots to really show off their aircraft in the best light but at the end of the day it is the airshow spectators who are the most important people.  Without them we don’t have airshows.”
< previous story
next story >