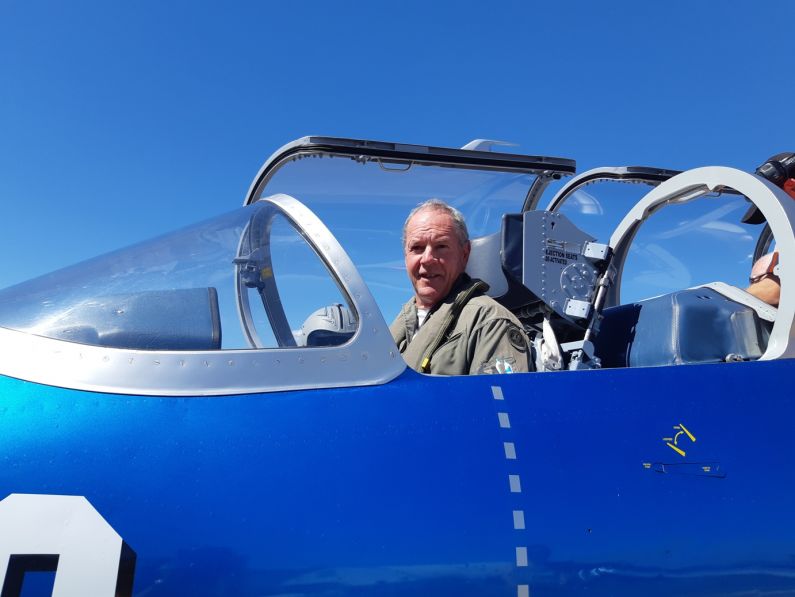 Tauranga-based Warbird aircraft owner Craig Mossman, is on a mission to get more up and coming young pilots interested in flying Warbird Jet aircraft.
Craig began learning to fly during his first year at Secondary School at the age of 13 and hasn’t stopped since.  He went solo at 16 and had his PPL by 17 to kick start his lifelong passion for all things aviation.

Although having owned many aircraft and helicopters over the years it wasn’t until 2013 before he purchased his first Warbird aircraft – an L-39 Albatros jet fighter trainer.  Being a long-haul pilot for Air New Zealand meant he was in North America on a regular basis enabling him to view aircraft and meet many great aviation friends.

The L-39 bought by Craig in 2013 was one of two such aircraft imported into the USA by Ed Daley.  Ed was associated with the launch of the Patriot Jet Demonstration Team which now boasts eight L-39s and flies a 6-ship aerobatic display at major US airshows.

After buying the aircraft it was flown briefly in the US before being dismantled and shipped to Tauranga.  Craig enjoyed flying it for the next three years before he obtained a Part 115 operating certificate to enable Jet Flights to be conducted for the public.  In 2018 a second L-39 was added to the collection.

Craig says the on-going costs of running Jet Warbirds, or any Warbird for that matter, is not for the faint- hearted at times.  However, with the jets, Craig has many contacts in both the USA and Europe that give support when any issues out of the ordinary occur.  Although expensive, parts are still generally able to be sourced.

Craig is passionate about the next generation of Warbirds pilots.  He says while there are some great young pilots coming through keen on Warbirds, they’re not flying Jets.  As both his sons fly the L-39, he has set up a mentoring programme that includes doing Part 115 flights, aerobatics and display flying.

Craig also relishes the opportunity to see his aircraft displayed at Warbirds Over Wanaka International Airshow.  “It was a real pleasure to have one of my L-39’s flown by good friend Paul ‘Sticky’ Strickland from the US at the Wanaka Airshow in 2018.”

Craig says to see his aircraft displayed so professionally at an Airshow like Wanaka which is held in such high regard right around the world was a huge thrill and he hopes they can be back at Wanaka in 2022.

If you have always wanted to experience the ‘ultimate adrenaline rush’ of flying in a Warbird jet go to  www.fighterjets.nz for more information.
< previous story