Join us for four days of high-octane aviation excitement at Warbirds Over Wanaka International Airshow over Easter weekend 2024 at Wanaka Airport, New Zealand. 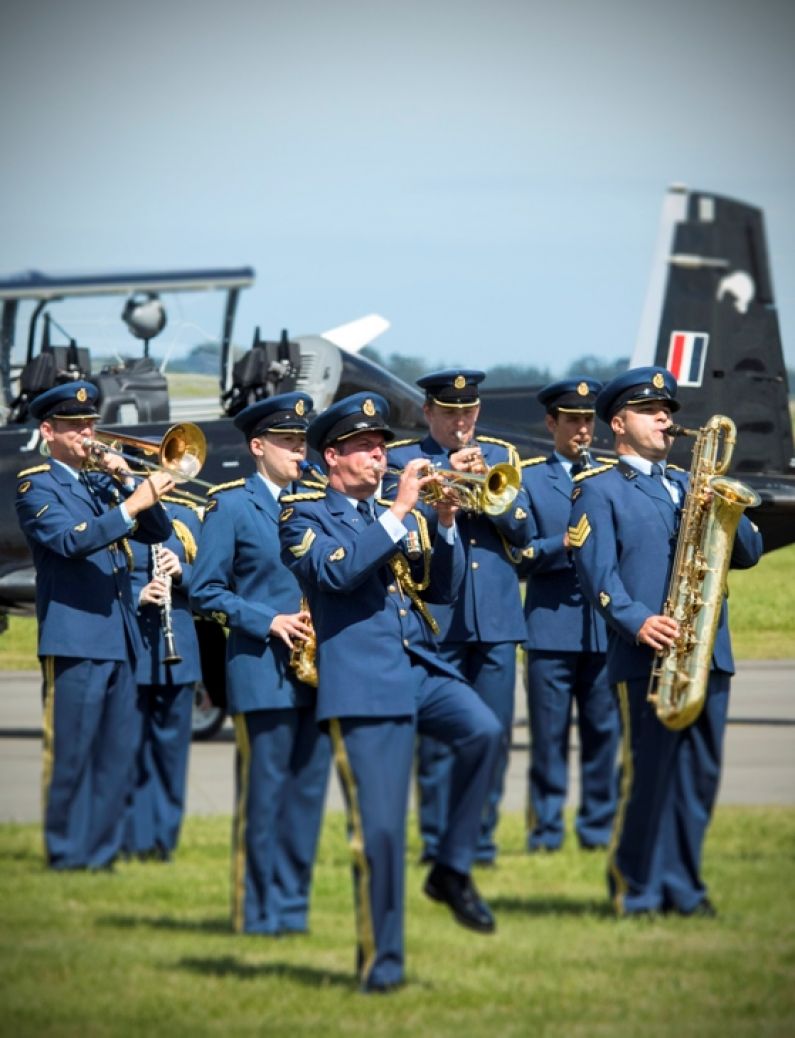 The Royal New Zealand Air Force band is returning to New Zealand’s premier Airshow after an absence of more than twenty years.

Since Covid, the number of official engagements for the band has been significantly cut back and Musical Director, Flight Lieutenant David Gallaher, says they’re ready to “play up a storm” to entertain the thousands of visitors to Warbirds Over Wanaka this Easter.

The band is made up of highly-skilled reservists, with many also performing in other leading ensembles, ranging from the New Zealand Symphony Orchestra and Orchestra Wellington, to Shapeshifter and the Rodger Fox Big Band.

Traditionally the band maintains a regular schedule of ceremonial duties in Wellington, including parades to mark the arrival of international dignitaries and Anzac Day services.  The band’s buglers were part of the daily Last Post ceremonies at the National War Memorial, commemorating 100 years since the end of WWI, playing more than 1200 Last Posts from Anzac Day 2015 to Armistice Day 2018.

Before Covid, the band also provided music at significant commemorations around the world, including Turkey, Greece, France and Belgium.  In October 2019 the band travelled to China to take part in the Nanchang International Military Tattoo.

The band will be performing several times each day during the Airshow on the Upper Clutha Transport stage.